This article is dedicated to those people who suddenly got stuck with a cross-country skiing broadcast but do not understand why there is not the same time between the starts of the different skiers, for those who do not understand why yesterday there were lanes marked on the ground and today there were not, or simply for those who are in a hurry to understand and do not want to draw conclusions over time. So here we go.

That’s right, skiing was born as a means of transportation to go from one place to another without sinking in the snow a whopping 6,000 years ago.

And in those first trips what they did was just that… walking on skis. In this “very simple” way, cross-country skiing was born. Then came ski jumping, telemark and alpine skiing, but we’ll talk about that another day.

Nordic skiing is one of the great families of skiing along with Alpine skiing. There are three major differences between them:

But if you like, we will see all this in more detail at another time. Let’s go back to cross-country skiing, which is where we were going from the beginning. 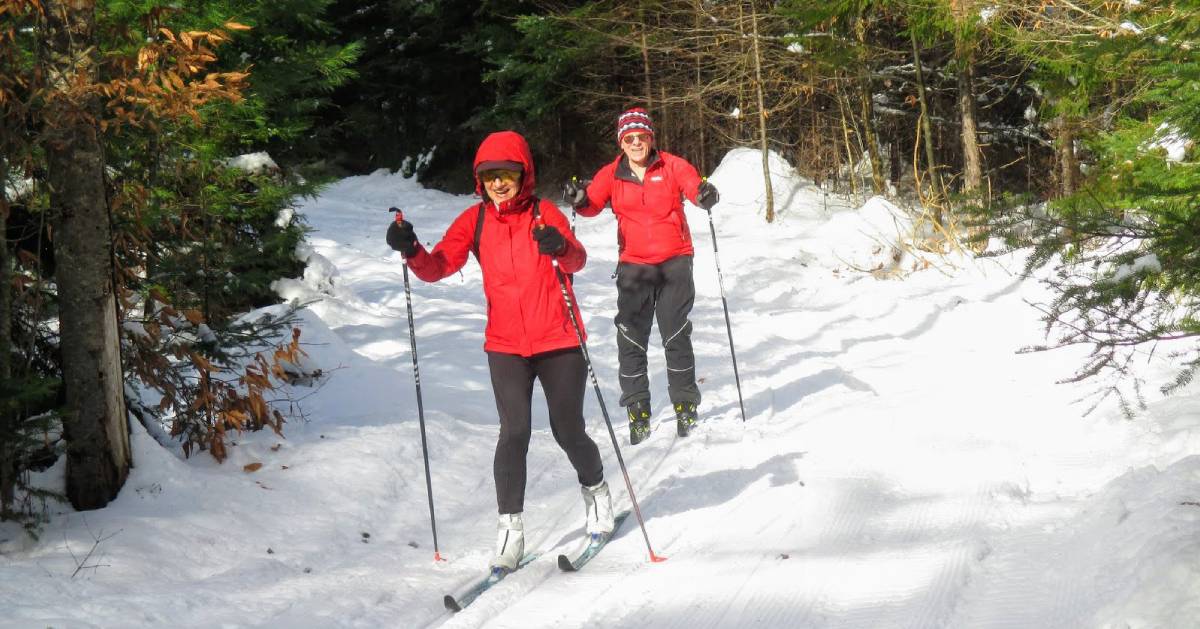 What is Cross-Country Skiing – Ski touring?

First things first, know what the objective is. And that is none other than to cover a certain distance in the shortest possible time. Like almost every race in the world.

The distances to be covered vary from one race to another, but they are usually of long distance (from 10Km to 50 Km in general). There are some short races, around 1.5km, where the priority is speed. These short races are called Sprint.

There is also the navigation skiing which is nothing more than cross-country skiing but off-piste. The objective in this case is to get from point A to point B in the shortest time possible but having to calculate the route using maps or, in today’s era, GPS systems.

The modalities of cross-country skiing

Come on… let’s get down to the fun stuff, let’s ski!

There are 2 different styles of cross-country skiing:

Classic style which is the one you will have seen most often. It runs on trails with a kind of lane marked on the ground where skiers have to slide. They can change from one to another to overtake, but except in small sections they must always use these markings.

In this mode the movement is striding.

Walking, so to speak. And the skis usually have small scales or waxes on the sole that facilitate the grip on the climbs. Almost at the end I leave a video for you to see.

Skater or Freestyle style. In this case the track is smooth and without rails, and the movement is not steps, but the skier slides as if on skates (hence the name). In this case the skis are prepared with kerosene to facilitate sliding.

There are some races that combine both styles and the first part is done in classic style and the second in freestyle (Skiathlon). That’s why you may have seen that skis are changed in the middle of the race, because each style needs its own specific ski.

Another thing that distinguishes one race from another, in addition to the distance covered and the style used, is the type of start that is made.

This one is pretty obvious. Starting line, starting gun, and everybody skis. No further explanation (I think).

This type of start is one of those things that when you know it you say “‘Obvious!” but when you don’t, it can baffle you for quite a while.

The pursuit start consists of individual skier-to-skier starts. The order is set by a previous race, usually a mass start.

Usually it is a race divided into two parts, a first part with a mass start and then the second part with this chase start, but it can also be that another previous race of the same tournament or the times of a general classification, for example, are taken as a reference.

I explain this because the difference between one skier and another will not be the same in all cases, but will be marked by the final result of that previous race.

An example makes it clearer: If in the first race skier A won and skier B entered the finish line 3 seconds later, in the chase start the first to start will be A and B will do it with 3 seconds of difference. So on until all skiers start.

The race is won by whoever crosses the finish line first.

There is a third type of start, the sprint start. In this case several skiers start at a time but in batches, one for each available lane (although they do not have to stay in it and can change to others).

As they are short races, the next group usually starts once the previous one has crossed the fini