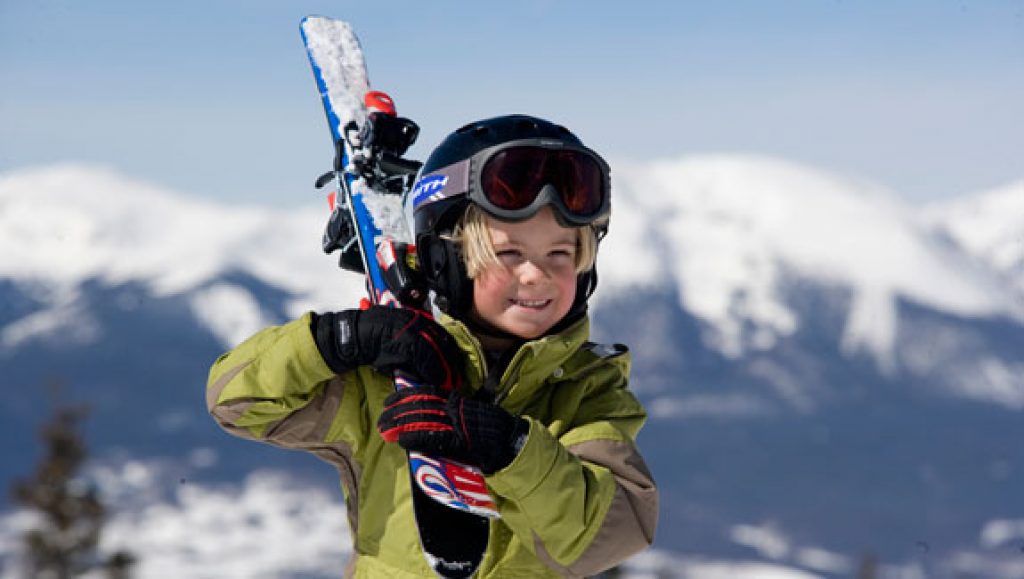 What skis to start well as a child? What accessories? Which boots? We guide you to avoid the pitfalls and know if it is more profitable to buy or rent when you have children.

The precocious ones launch out in the adventure of the slide as of 2 years but nothing imposes to attack so early if the will of the parents to have a few hours of peace to ski together.

Generally consider that it is preferable to wait until the age of 3-4 years old to sign up but it doesn’t matter in the end, your child will not choose his own equipment and will not know how to guide you in this choice until he is about 8 years old.

In other words, without interaction or contradiction, it is easy to make mistakes. By following these few rules, you will avoid making too many mistakes, which is not bad! To start, here are some tips that we went to collect to avoid making mistakes when buying skis for your children.

Depending on where you live, it may be practical to rent skis/boots/poles for the season. You get new equipment, or equipment with only one season on the clock, which you return at the end of the season.

If the rate is interesting, it is especially so because from one year to the next, the boots and skis bought the previous season are often already too small!

But it is also important to know that junior skis can be resold very well second-hand. So in the end, with the turnover over a year, you can get them for less than a season rental.

This is quickly interesting. We recommend buying for locals or those who plan to ski more than two weeks in the winter.

Of course, if you only ski one week a year, there is no other choice but to rent directly in the resort. And here, the rental company will take care of the sizes to choose from, which is always a good thing! If you choose to buy, you must be prepared to invest at least every year in new equipment, which is profitable until your teenage years if you have two children who follow each other without too much difference.

First of all, you must measure your child’s feet: standing on a sheet of paper with your back to the wall, with your heel pressed against it, you make a mark with a square, using a hard book for example.

All that remains is to measure the sheet to determine a length in centimeters, the one written on the shoes (27.5 corresponds to 27.5 cm, i.e. around 42 in size). This measurement in cm has the advantage of standardizing for good the sizes sometimes changing from one brand to another …

The first models of ski boots are almost all the same: rear entrance to facilitate the fitting, a single hook, no adjustment and that’s good enough.

The only point to watch is the size, since it is not to compress the foot too much (dangerous for the cold) nor on the contrary, to choose a boot too big so that it can be used for two, three and why not four seasons, a classic temptation of parents…

It’s better to have shoes that are a little big than too small, but the foot must still be held, so that your child doesn’t lose his shoe in the snow and end up with a soaked foot. Just in case, you should know that an additional sole can fill a little space while improving the thermal insulation.

The boots are evolving to two and then three hook models but the basic principle remains: nothing is more important than the boots in the ski, so you must always have one that fits perfectly.

Finally, you should know that a new boot offers better thermal insulation, as the liner is not yet packed.

Starting at three-four years old with skis of 70-80 cm is a good idea, but it all depends on the size of your child.

It is imperative that these are light and flexible, but also manageable and short so that it remains easy to turn and rotate. In short, they need skates, as children do not need help with stability in the early years.

This “skate” aspect has the added advantage of encouraging them to find their own balance on the skis without constraining their movements. The most important thing when you’re little: you have to make it easy to approach skiing and make it fun.

So what better way than to put small toys that will be light and directive at the feet of children so that they have no difficulty. This is especially true for small children.

So, until the second star, the skis can be very short compared to the size of the child.

After this level, the speed requires more stability and therefore, choose skis to -15 cm from the average height.

There are two points to watch out for: compare the bindings in the store because, although they will all release their shoes at the DIN value to which they have been set, some are more difficult to fit than others. And as long as your child can’t put on the bindings by himself, he is not autonomous.

Second point, valid from the first slides: maintain the skis.

Without being fussy, it is important not to put your child on cheese graters that will not slide on the very weak slopes of initiation. Also, once he has a second-star level, he must be able to rely on his edges on an icy slope.

We see so often children struggling with completely rotten equipment that we sometimes wonder if the parents should not be summoned.

We do not play soccer with a punctured ball, we do not ride a bike on the rims, well it is the same thing in skiing, there is a minimum necessary for it to work and that the pleasure is accessible.

Before the age of 6, there is no need to bother them with this accessory that they will not be able to use anyway. On the other hand, it is compulsory to wear a helmet and a back protector as soon as the child leaves kindergarten.

For the helmet, choose bright colors or even models with a flashing red LED so that they are visible.

A goggle completes the set, to be chosen rather in category 2 if you ski at Christmas when the weather is bad and 3 in February or in spring with the beautiful sunny days. Ideally, you would need two goggles, or two interchangeable screens, an option that is rarely or never available for toddlers.

A neck cover (Buff) greatly improves thermal insulation for the neck and face and, above all, offers versatility throughout the day. Gloves, or mittens, should be equipped with a zipper to make them easier to put on, while socks (not cotton!) should be made of wool, at least in part.