It has been or still is our worst enemy. The snowplow is hell for any skier who wants to improve his technique. But is it really useful?

It hurts the knees and complicates life for any skier wishing to go to the next level. Yet, the snowplow has almost become the method of choice for all American people. But why?

“It’s a question of the organization”, that’s what most instructors tell you when it comes to giving their students a reason to learn to snowplow.

And indeed, they have a point. Why bother trying to teach a group of twelve students to skid at an angle in the space of two hours?

“It’s the fastest way to get out on the longer slopes,” say other instructors. Indeed, everyone agrees that it is easier to learn to open the legs and join the two spatulas when it is only a matter of doing simple walks of the domain on green slopes.

Easy to access and rather safe, the snowplow helps to de-dramatize the practice of alpine skiing and allows everyone to feel the first sensations of skiing in complete safety.

But it’s when you try to put your skis parallel and almost forget everything you’ve learned so far (in other words, the transition from beginner to advanced skier) that it gets tricky.

How to get rid of the snowplow

To get rid of that pesky snowplow once and for all, here are some top 5 exercises to do.

However, keep this in mind, the snowplow will not magically disappear after 30 minutes of trying. It takes patience and above all practice!

Therefore, choose long days of skiing on different levels of slopes rather than spending more than 40 minutes on a green slope doing a series of exercises.

However, keep in mind that the snowplow technique and what is called “stemmed opening” will remain useful and indispensable in your practice. And this even at a very high level!

So why not forget the snowplow altogether?

For the lift lines: It sounds silly when you say it like that, but the snowplow opening is quite effective during the long waiting minutes in the lift lines.

It’s relaxing and above all, it avoids getting into the front neighbor when there is a not-so-good ground movement (to be avoided of course if there is a patch of ice before the lift…)

To help someone to get started: Again it sounds silly, but you have to set an example every now and then.

And it is always easier to show the way to our young padawans by opening the snowplow. We are more available to catch him in case of a fall rather than with the two skis in parallel. Then, the snow breaker in switch (upside down, back to the bottom of the slope) is still much more practical to put in confidence the person in front of you. 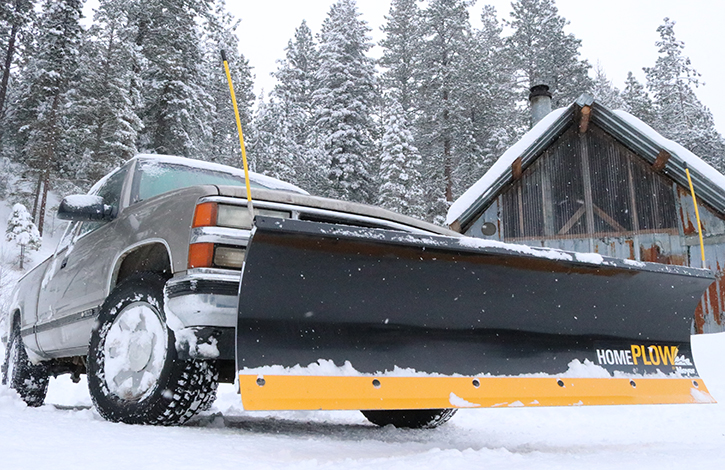 To get through a difficult spot: The snowplow is like a skier’s security blanket. When something becomes a little too complicated, it is easier to go back to the basics.

For example, during an off-piste outing, the “steamed” turn (opening of the upstream ski like a snowplow) at a reduced speed will allow you to pass through passages with trampled or too heavy snow. But be careful not to do it at too high a speed, you could lose a knee…

To do this, you have to keep both skis parallel and then simply open the upstream ski-in snowplow (stem opening) and put all your body weight on it during the turn. Guaranteed effect!

To smooth: Whether it is in a super slalom, a giant, before a kicker or a rail in a snowpark, you must know how to smooth (remove the excess snow on the course by spreading the snow with your skis).

And one of the two methods of smoothing is the snowplow (well, not to be tried on an injected run of course).

To prepare the ground for someone who has trouble skiing behind you: If you find yourself (I don’t wish it on you) on very difficult terrain with someone in difficulty behind, especially in off-piste, a technique is in order: put the person in difficulty at the back of the group and let the people in front make big turns (giant type turns) by packing the snow by plowing.

This will allow the person in difficulty to have the impression of skiing on a groomed slope (or almost)!

To simply brake: To brake while skiing, once you become an experienced skier, you don’t always have to brake by sending a spray of snow at your friends.

You can also continue to brake by snowplow without shame if the speed and the terrain allow it.

Because we can never repeat it enough: a good skier is above all someone who knows how to adapt and use all the techniques to achieve his goals!