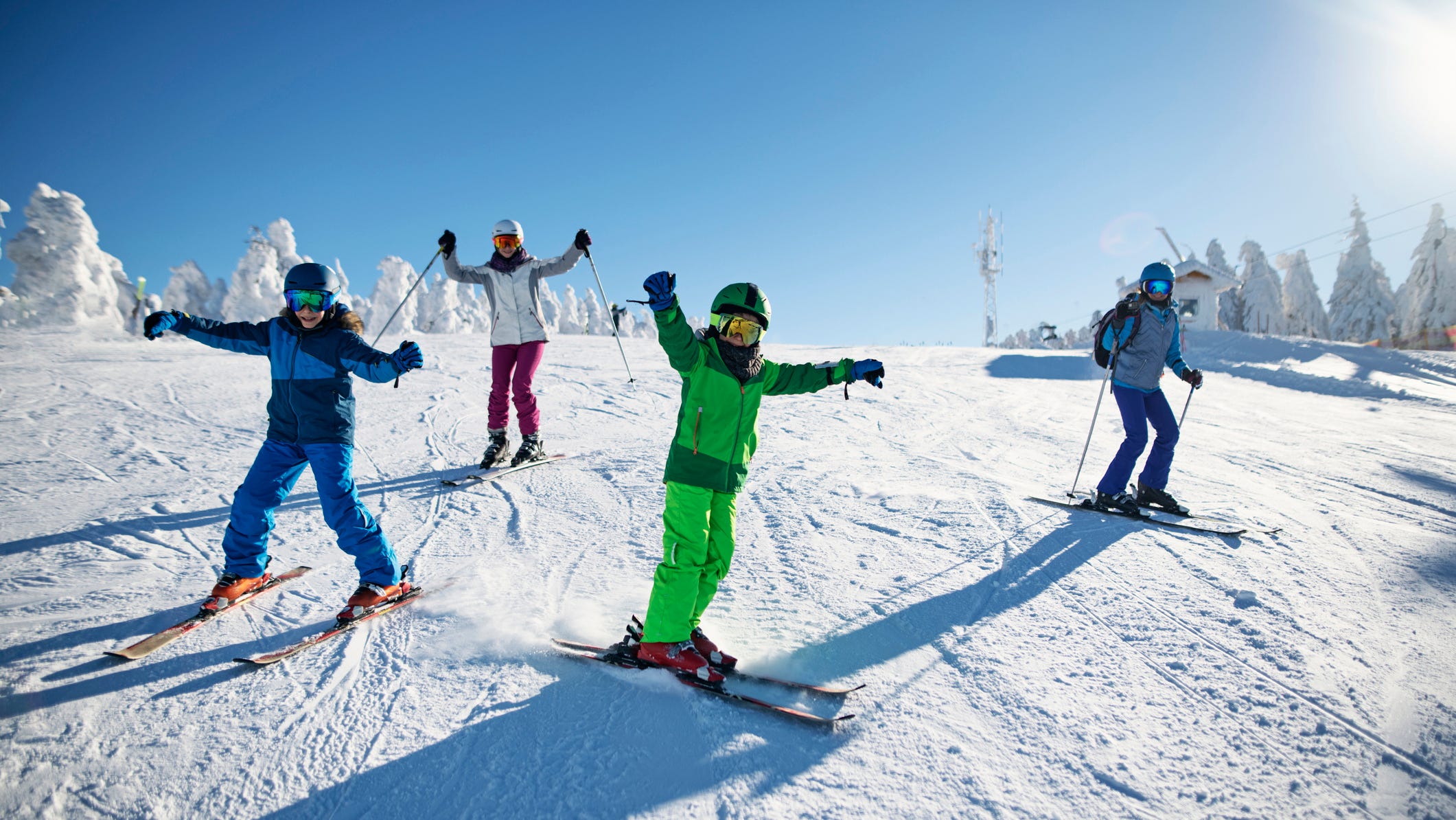 Improve your skiing with snowboarding? Yes, you read it right. It is possible and accessible to all levels. But what will it bring to my technique?

What if the editors told you that in order to be a better skier, you had to go through the “snowboarding” box? Because yes, according to the old adage, a good skier is above all a skier who knows how to adapt and who varies the pleasures.

Like everywhere else, to improve, you have to touch everything and add several strings to your bow. So carve curves on concrete slopes, ride good powder, know how to get on a mogul wall, go hiking, or even go for a ride in the park.

But it also depends on the equipment. Boots, skis… and snow! Indeed, a good skier will know how to wake up to other practices, without getting lost in them.

Yes, snowboarding is another discipline, which is not like skiing. But these two practices are not exclusive. On the contrary, they are complementary.

And we see you coming from the stubborn ones from the bottom. “How can this thing allow me to ski better?” So, calm down!

First of all, you have to get up to speed. This thing is a snowboard, and the pseudo-war between skiers and snowboarders that wreaked havoc in our ranks has been over for well over 20 years. So put away your poles and skis, and get out your best mono board, because today we’re going to snowboard. 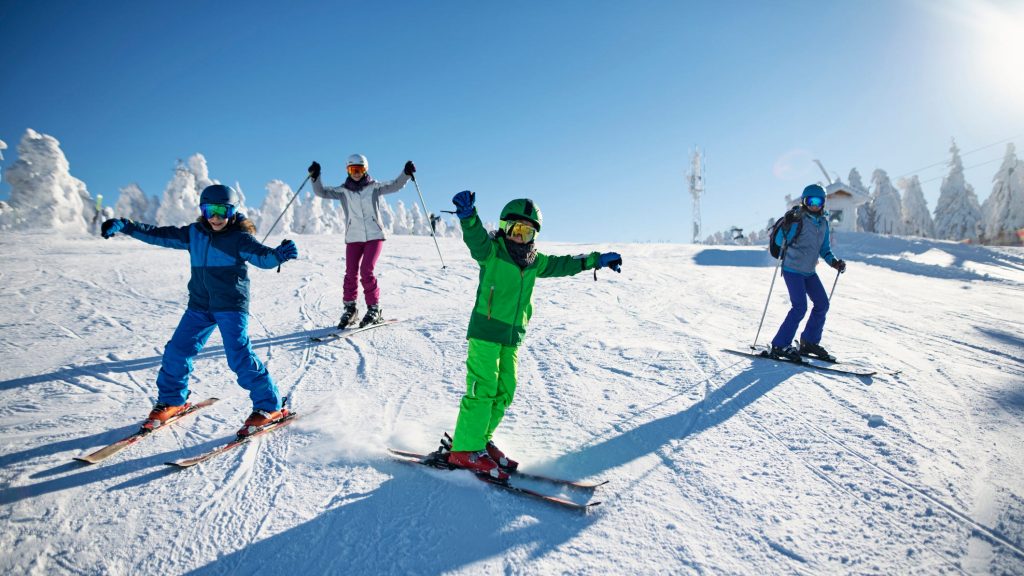 What snowboarding will do for your skiing:

A better glide: If we stick to simple common sense: the more varied the practice, the better and higher the level.

So, if we add to alpine skiing, a new practice, such as Nordic skiing, ski touring or snowboarding … Well, know that your level in alpine skiing will grow.

Snowboarding allows you to approach skiing in a radically different way. And this is especially true because it is a sport that is practiced from the side.

Snowboarding will unlock a new way of thinking that is not innate to you: until now, you probably never had the opportunity to move sideways.

Moreover, the fact of breaking your habits will make you apprehend the ski area in a totally different way: open your chakras!

A better feel for the snow: Let’s talk about what’s under your feet. A very wide board, both feet hooked on the same board with bindings and boots much less rigid than what we are used to having.

The advantage is that this equipment will allow you to feel in a completely different way what is happening under your arches. It will awaken your senses which in ski boots could be blocked!

Moreover, the ease of the support in the boots will allow you to refine your sensations during the different supports (when you take support on your front edge and you feel the board deforming to go up in the curve, or during your supports back when it is a question of moderating the effort to avoid putting a beautiful fall).

This will improve the tongue support which could be difficult or unpleasant on ski boots and allow you to better feel the deformation of the ski during your next turns in curves. 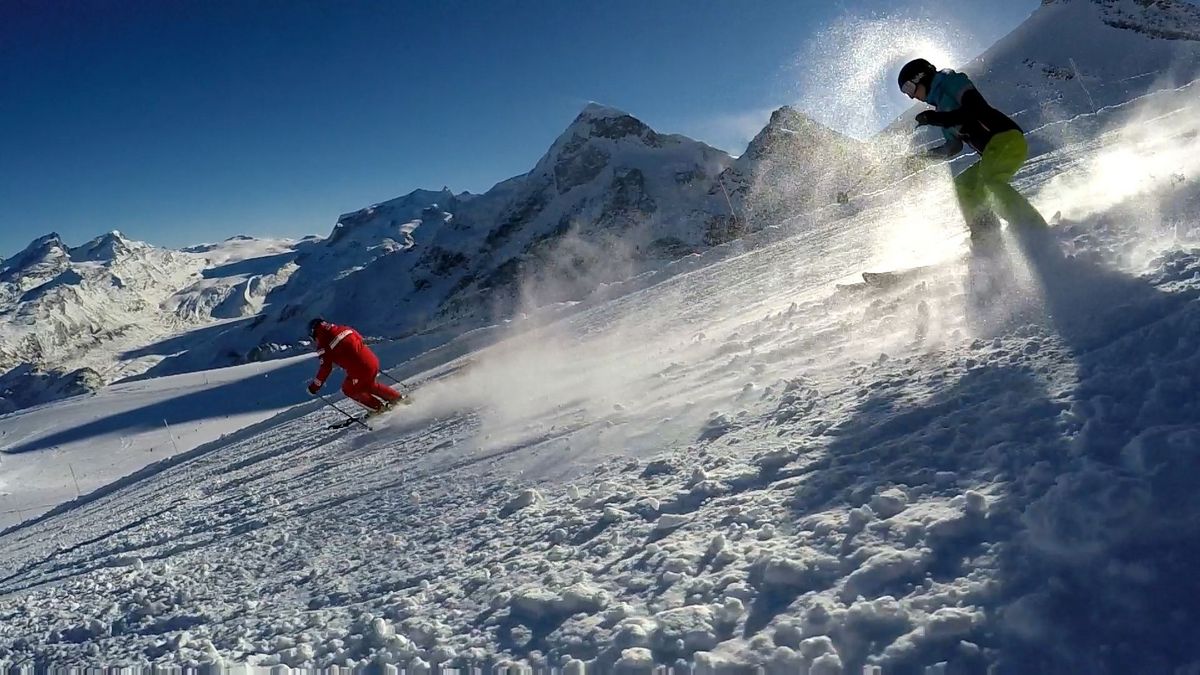 Better control of its balance: The practice of snowboarding requires a balance rather fine: we will seek the extremes, especially through carving or flat. This will bring more mobility and unlock certain joint blocks that until then could still be blocked depending on your level. And it will make you progress in the projection of your center of gravity.

To put it simply, if you had trouble carving on skis, switch to snowboarding to unlock all these mechanisms.

You’ll have to learn to put more speed, get more angle and lower your center of gravity during your turns. Then you’ll just have to reproduce it all once you’re back on your skis (even if it’s easier said than done).

In short, snowboarding will improve your balance: lateral (it will prevent you from falling on the inter, thus putting all your body weight on the front foot, which leads to a fall whatever the level), longitudinal (to come to seek extremes towards the front and to have to use the back support when it is necessary) and vertical (to allow you to pile up well, in other words, to balance well on your lower limbs to avoid falling).

Better management in space: When you are a skier, it’s difficult to relearn how to glide, especially when you don’t have your shoulders facing the slope during the descent. But the good thing about it is that it forces us to change our approach to the piste.

Since we are sliding at an angle and both feet are attached to the same machine, it forces us to have a different body movement.

We will try to do rotational movements of the body that we may have never done before, especially if you had your shoulders blocked in front of the skis. It will also improve your look and apprehend the various obstacles which will be able to be presented during your descent.

Back on the skis, we can refine the positioning of our body and our gaze: this will avoid imbalances and falls, but it will especially allow us to better understand the terrain and the environment around us.

A good attitude: As in skiing, there is a so-called “basic” attitude in snowboarding. “The ankles and knees are bent, the chest remains as close as possible to the vertical, the pelvis and shoulders are in line with the feet, only the head is turned in the direction of sliding.

The arms are slightly away from the body, the hands above the rose and tail”. The fact of learning or improving his glide laterally with another basic attitude will allow once on the skis to position better: so no more ass, nor break the bust.

More commitment: When you pass the line of the slope, contrary to skiing where you can have the safety of the snowplow, in snowboarding, you must directly put the snowboard on the slope. This may seem very difficult at the beginning because you have to accept the speed that this flattening out towards the bottom of the slope will cause.

The only way to brake is to press on the front edge (toes) or the back edge (heels) to start skidding and turning. In short, thanks to the snow, you won’t be afraid to go for the slope.

More strings to your bow: Indeed, once you have reached a certain level in snowboarding, you will be able to choose the best weapon according to the snow conditions: skiing is much more versatile than snowboarding, but snowboarding is really the ideal friend for an off-piste outing in deep, soft and powder snow.